It's become sadly apparent that with a relatively new kid, and a relatively new job, my blogging, and this blog, and YOU, dear reader, have suffered a result. But, recognizing my responsibility to you, I've decided to step things up, by adding a STAFF of dedicated bloggers to provide you with the content you so desperately crave.

So, without further ado, let's welcome the good folks who will be helping out with blog, and briefly discuss their responsibilities.

NEAL J. POZNER
A dear, dear friend of this blog, who has stepped up in the past and blogged to heroic effort, Neal has been named Style Editor. He'll be writing about the latest in hip fashion trends, from Tokyo, New York, Milan to Paris. Please send all clothing, accessories, style tips and story ideas to Neal at his soon-to-be-refurbished blog, The Style Wind. And look for his searing and very personal essay, "How I stopped fearing fashion and learned to love vests; A fleece Odyssey!," coming soon!

ERIC MURRAY DESANTIS
One of my most beloved compatriots, Eric has been charged with writing about DC Comics, as well as other alternative lifestyle choices. His multipart epic, "Sinistro Corp Issue One, Second Printing, and the Fine Art of Autoerotic Asphixiation," will be serialized in this blog, with all twenty-three of its chapters compete and unabridged.

JAMES NADIGER
James Nadiger is the Canadian John Layman, and one of meanest, most magnificnt bastards in the entire world. He runs this blog's Canadian sister sight, I blame the Internet, and infuses it with pure perfection on an almost-regular basis. He's been named International Correspondent, since he lives in another country. He'll also be writing about Teen Trends, something he knows only all too well.

J.K. ROWLINGS
This British writer has written several short stories exclusively for this blog, which will debut when our busy schedule permits. Look for "Jimmy Bucket and the Platoon on the Moon," Chapter One, sometime in the coming months. BRIAN XERES PEREZ
My loathing for Brian Perez has been duly noted. And he may be an asshole, but he sure knows his stuff. He'll be tackling the sensitive subjects nobody else dares to touch, with his own brand of seering, introspective gonzo journalism. Future exposes include "I really like Dick Cheney," "Larry Craig was in my bathroom, now he's in my heart," and "Self-Help cures for the hopeless STD sufferer."

We have one last opening, and since it is SO big, it can't be trusted to just ANYBODY. That's why I am putting out an open call for contributors on the "Reggie beat," with blog postings devoted solely to this blog's favorite, favorite, favorite cat. Bloggers are expected to contribute 3-4 times a week, with posts in length of 1500-2000 words on the virtues and endless appeal of Reggie. Potential blog postings may include "Reggie looks just like a Panda, but is even cuter!," "Reggie is colored like a penguin but is much cuter and sweeter than the filthy animals in the 'March of' movie," "Reggie is an ANGEL!!!" and, finally, "Reggie should be a member of the White Stripes 'cause he has a huge fuzzy white stripe on his tummy." If you would like to apply for this position, please contribute three sample articles in a Word document, double-spaced, using Ariel Font size 13.

serious inquiries only
Posted by "crusher" at 10:16 AM No comments:

KFC suppliers cram birds into huge waste-filled factories, breed and drug them to grow so large that they can’t even walk, and often break their wings and legs. At slaughter, the birds’ throats are slit and they are dropped into tanks of scalding-hot water—often while they are still conscious. It would be illegal for KFC to abuse dogs, cats, pigs, or cows in these ways.

Pamela Anderson, His Holiness Al Sharpton, and countless other kind people worldwide have vowed not to eat at KFC. After seeing this disturbing video, you may never want to eat at KFC again either!!

OMG!!! I have never noticed this before!! Can you tell the two apart? Which is nature's playful clown, and which is Layman's precious angel?!?!?
Posted by "crusher" at 9:16 AM No comments: 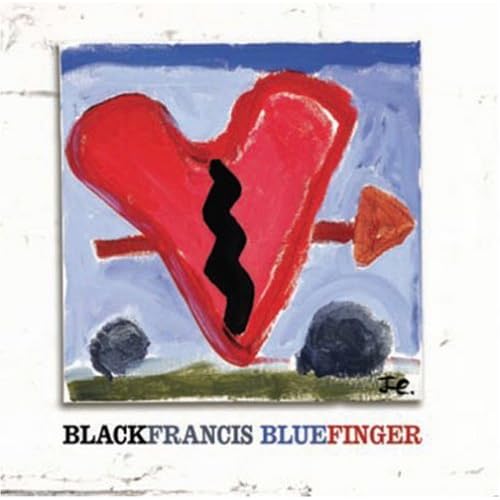 Even better, it's a Black Francis album, with music considerably harder than the easy-listening (but still good) stuff he's been doing as Frank Black.

Thanks to Chris "Puffy" Combs for pointing this out to me.
Posted by "crusher" at 10:41 PM 1 comment: My first ever hardcover.

Or, given my current comic book career trajectory, very likely my last hardcover. HA!
Posted by "crusher" at 11:57 PM 3 comments: Some people think that living in a 900-square-foot apartment with two people, an infant and six cats is crazy. I think it's AWESOME!!!!!
Posted by "crusher" at 2:40 PM 2 comments:

So, anyway, as long as we are on the subject of video games...

This is my new favorite internet time-waster. Rose&Camellia, a VERY obviously Japanese flash game about 19th Century chicks slapping each other. What could be better?

I just wish their was an Americanized version, of urban "hoochies" slapping the crap out of each other.

Or Zsa Zsa Gabor, working her way up the police chain.

Or Eric DeSantis, when he tries to get fresh at a gentlemen's club.

I finished my first game on the X-box Thirty-Six Zero!!!

As regular devotees to this blog know, I was pretty solidly a PS2 gamer, and I mostly let my X-Box sit and gather dust. But when I upgraded, for various reasons, I preferred the X-box Thirty-Six Zero over the PS3 (the fact that my PS3 gets so hot afer 5 minutes of play I fear it will spontaniously combust certainly doesn't help matters.)

So anyway, I started playing Rainbow Six Vegas, just for the hell of it, and I must have enjoyed it, because I played it all the way to the end. There really is nothing better than splattered brains across Freemont Street and the Strip.

Anyway, it was fun, and a nice diversion from Warcraft (which I gave up for 21 days, but that was all I could handle.)

Sorry I have not been blogging more. The job is going well, and all that, but I have to admit to being going through some post-comics blues. Is hard to go from writing a ton of comics to writing practically nothing.
Posted by "crusher" at 10:57 AM 1 comment: