check it out! I won a "Bloggo"

Taken from the N.A.A.A. press release:

The North American ArtBloggers Association has named winners of their annual “Bloggo” awards, citing John Layman’s “Bollah Blog” (http://themightylayman.blogspot.com/) with a special judges’ award for “Pop Culture Excellence.” This year`s 14 winners, chosen as the best in art-related internet blogging for 2006, were named in a ceremony that took place at Calgary’s Museum of New Media Arts.

Layman's blog beat out four other finalists for the award, which is given to the blog that best offers a regular stream of commentary, observations and wit. “Comic book writer John Layman’s blog is an always exciting mixture of oddball and sometimes surreal humor, self-promotion, deft commentary and unpredictable whimsy,” explained Ronald R. Hansen, co-founder of N.A.A.A., and organizer and judge of the Calgary-based ArtBlogger’s 7th annual “Bloggo” awards.

The N.A.A.A Board is a 15-member group, comprised of art critics, internet industry executives and experts in culture and the arts, that judges the entries. Selection is made by the board following review by special screening committees of Calgary University faculty, students and staff. The N.A.A.A. is an organization devoted to the enrichment of society through art, utilizing both new and traditional media.
Posted by "crusher" at 12:16 PM 4 comments:

My LOLBRIANs have gotten such a spectacular response I've decided to open up the doors-- and let you build your own LOLBRIANPEREZ. Click on picture below to get a larger shot, and Photoshop to your heart's content. Since Brian is my arch-enemy, no post will be considered too crude or inappropriate. Here is also a link to an LOL generator for those of you too useless and stupid to actually know Photoshop.

Create your LOLBRIAN and send me a link and I will post your picture. Winners and prizes will be announced in the weeks to come.

Also, Brian, if you are reading this, I NEED MORE PICTURES!!
Posted by "crusher" at 10:34 AM No comments:

Finally! A use for the internet!!

Recently I have discovered the internet meme of LOLCATS, as well as LOLPRESIDENT, and I am complete obsessed, enamored and addicted. As far as I am concerned, LOLPRESIDENT and ICANHASCHEEZBURGER are the two greatest websites in the history of humankind.

Of course, being the trailblazer that I am, I wanted to create my own sort of LOLmeme, and who is more ripe for satirization than my one and only much-despised arch enemy, Brian Perez?!

Below are three LOLBRIANs. Spoiler warning: If you have children, you might want to remove them from the room before they read this blog posting. Brian is SOOOO fuggin' ugly he has been known to give children nightmares, as well as cause cancer in rats. By the way, Brian, I've tried to block you from this site, because you are my enemy, but if you by some chance see this web site, would you pretty please with sugar on top email me some more pictures of you? Please please please? I PROMISE I won't use them to create more LOLBRIANs, no matter how clever or hysterically funny.
Posted by "crusher" at 3:16 PM 3 comments:

Sorry about the radio silence.

A lot of big things going on, and I haven't had time to blog. I'll spill details in a while, but basically I have taken a job, my girfriend has quit her job, and we're moving to the California Bay Area in mid-June.

Anyway, I'll tell more when I can. Wish me luck. After 5 years, it's gonna be weird to get off the freelancer treadmill.


Edit: Also, my cell phone has been killed. So if you've tried to call me and have been getting an "out of service," that's why. We'll keep the landline open for a few more weeks. After that... I dunno.
Posted by "crusher" at 1:11 PM 1 comment:

Well well... Look who's FINALLY getting a hardcover...

Man, you know the only thing more boring than watching Helen Mirren being prim and stuffy for 3 hours as The Queen of England? Watching it in Blue Ray, 'cause it's like inviting the Queen into your own living room, and having her sit on the couch beside you and boring you for 3 hours IN PERSON. And, I swear, half of this movie was just file footage of Lady Diana. Double boring! Maybe they should have a rule, that no movie about old people should be released in Blue Ray, that nothing shall come out on Blue Ray unless it has a requisite amount of explosions and special effects. Anyway, I'll give this movie 4 Reggie's yawning.

NIGHT AT THE MUSEUM 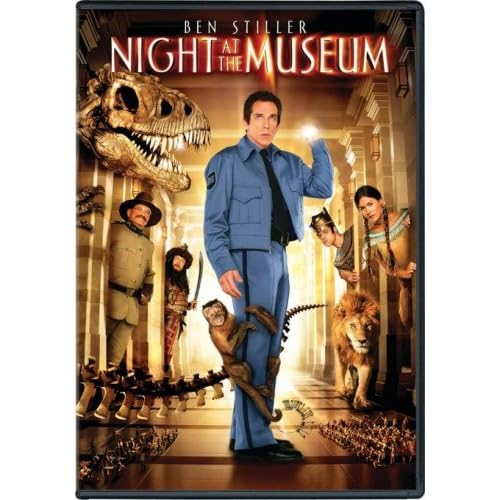 Shockingly, I did not hate this. Despite the inclusion of Robin Williams, who is to movie comedy what the Beatles are to music. And it went on for too long and had an everything-but-the-kitchen-sink quality to it, and it was pretty predictable... Hmmm, why did I like it again? I dunno. I'm not sure, except it was pretty good, keeping it mind it was a kid's movie, and I think a young boy would just dig all the dinosaurs coming to life and all that sort of shit. And it had the typical Hollywood sad sack father who redeems himself in the eyes of his kid. Whatever. It wasn't torture, that's all I'm saying. And, once again, Blue Ray takes a medicore movie and makes it marginally better. I'll give it 8 Lego Dinosaurs. 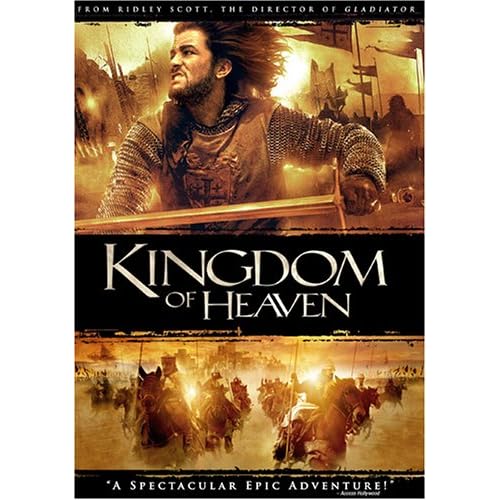 I think Orlando Bloom must have it in his contract that at least every other movie he had to be a sword-fighting son of a blacksmith. Not a bad movie, and of course GORGEOUS in Blue Ray, a period piece which looks like it cost double or triple what Ridley Scott's Gladiator did, and I'm pretty sure it had a fraction of the audience. I didn't see the original movie, but this thing clocked in at more than 3 hours, so I'm pretty sure it was a director's cut. And I'm guess what was added was to the beginning, 'cause the movie started slow, but got pretty good by the time they got to the medieval battle shit. And, of course, it co-starred Deep Space Nine's Dr. Bashir, who I've already confessed to having a giant man-crush upon. Man, I love that dude. So, again, this movie was tolerable in Blue Ray, and according to my spies at Netflix, I should have three more movies winging my way this afternoon. Awesome! Anyway, I'm giving this movie three oversized Bashirs, one of every damn hour of this movie.

It's my sad duty to revoke my endorsement of Keith Mars for Sheriff of Neptune County, after he pushed his daughter forcibly and irrevocably over the shark in the last episode of Veronica Mars. The episode spent a full twenty stomach-churning, wretch-inducing minutes as Keith Mars went on a horrifying tangent about The Beatles being the greatest band in history to Paul Frickin' Rudd.

Look. I hate the Beatles. I hate anybody who likes the Beatles. I hate anybody who owns their albums, and I hate anybody who has even listened to a single one of their songs. The truth is, and I've said it before, and I'll say it again, is the Beatles are just a nauseating conspiracy on behalf of the Baby Boomers, history's most narcissistic, self-obsessed and worthless generation. Just because those idiots got high or got laid while the Beatles were in their commercial peak, the rest of civilization expected to worship their mediocre pop swill like it's the musical equivalent of the second coming of God? I renounce that. I renounce the Baby Boomers. I renounce the Beatles, and I sure as shit renounce listening to Keith Mars go on for 20 minutes of MY PRECIOUS TIME with some lamebrain pronouncements of the greatness of the Beat-holes.

There is nothing more pathetic than some over-the-hill, past-their-prime, obsolete and irrelevant wash-up trying to relive the pathetic memories of their long distant youth, then foisting it off on others as if it could possible mean something to them. Also; As unrelated and thoroughly unironic blog posting addition, here is a photo of recent runner-up of the Ashley&MaryKate™ Full House Circa Season One lookalike contest, wearing a T-Shirt proclaiming alligiance to the actual greatest rock and roll band in the history of humankind: Alice Donut. Published sometime in 1995. I forget exactly when.

Also: The Layman Backlist Project has been updated.
Posted by "crusher" at 1:43 PM 2 comments: One Day. One Man. FOUR comics. On Sale--NOW Marvel Zombies/Army of Darkness #3
(1 of 2 covers) For all of you wondering how things have been going with Reggie, I put a bunch of tin foil down in front of the bookcases. It looks horrible, but so far, no peeing. We'll see how long this lasts, or see how long before he finds a new spot.
Posted by "crusher" at 12:51 PM 2 comments: