For the fifth consecutive year... THE HAPPIEST GIRL IN THE WORLD

In the aftermath of Abu Ghraib, came joy, laughter... and love.

Commemorating 5 great years of one woman's purest pleasure and happiness, with only a single bad day.
Posted by "crusher" at 10:59 AM 3 comments: 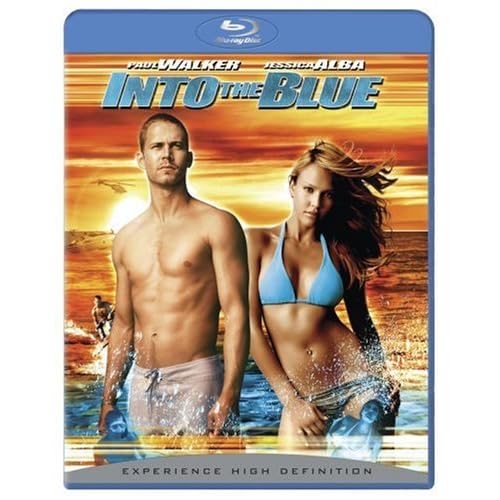 I give it SIX Terrys and THREE Corkys!!!

Scarface #4 comes out tomorrow, and if you're not reading this book, what the hell is the matter with you? This issue, in particular, is a favorite. As much as I love Dave Crosland, the Mike Huddleston cover just totally blows my mind.

This is pretty funny

On IDW's web site they have a cuss-free preview of Scarface #4, on sale this week. I dunno, part of me thinks the book would actually be funnier and more perverse if they actually did censor out all the curse words.

Maybe I can talk Chris Ryall into a special "censored director's cut."

I wrote up this long and incredibly scintillating post, possibly the most inspired and incredible thing I've ever written in entire history of this blog and perhaps any other, and stupid Blogger.com ate it. Goddammit.

So, instead, here's an old picture of Ol' Layman miraculously appearing on a piece of toast: “As anybody who knows me can tell you, I’m just wild about sports, and I’m a huge fan of The Juice. Of all my many sports heroes, Simpson is the one guy I would probably literally kill to work for,” Layman explained.

“I think originally OJ was looking for a bigger name writer,” Layman continued, “to bring more big-name firepower to the project, but the deadline was murder, and it was very important to get a writer who was willing to roll up his sleeves and get his hands dirty. That certainly describes the type of writer I am, so I thought I’d take a stab at it.”

A veteran of a variety of licensed projects and adapted work, Layman explained the format of the graphic novel. “Simpson and I decided the story would work best if we chopped up the novel into chapters, and released it as a series of prestige format one-shots. For OJ and myself, the goal is to make the best comic book possible, one that stands out in this crowded marketplace as a cut above the rest.”

Layman has announced the part of the proceeds to If I Did It: The Graphic Novel will go toward the ongoing investigative effort to find the real killers.
Posted by "crusher" at 10:26 AM 9 comments:

With Marvel Zombies/Army of Darkness #1 sold out at the distributers, a second printing was announced with a new cover, revealed below. And on this day, a (Lay) Man did ascend to Godhood

Actually, it was two days ago.

GOD OF WAR II is out, and it kicks every bit as much ass as the first game. Holy mother of god, I forgot how much fun this game could be, not to mention the sheer scale of action and the magnitude of hyper-violence. I'll keep you posted on Layman-Kratos' development.


For the record, God of War is one of my top five all-time console games. The complete list is:

and, uh, one other, surely, which is slipping my mind.


Mommy, does this mean my nightmares will finally end?
Posted by "crusher" at 11:29 AM No comments:

This Saturday: A hot time in Old Tacoma!!

What do STEPHEN COLBERT, SCARFACE, MARVEL ZOMBIES and the ARMY of DARKNESS have in common? They are all written by Breakthrough Talent JOHN LAYMAN and we are proud to welcome him to a signing at COMIC BOOK INK, in Tacoma, Washington, on Saturday, March 17th, 2007!

"Mr. John Layman has been a large part of helping to shape the comic book landscape in recent years," said COMIC BOOK INK's owner, JOHN MUNN, "But I believe that this is the year the Mr. Layman firmly establishes himself as one of the biggest names in comics! In March he hits. what I feel is, a Comic Book Trifecta with the books he will have out. With "STEPHEN COLBERT's Tek Jansen," "SCARFACE: SCARRED for LIFE" and "ARMY of DARKNESS vs MARVEL ZOMBIES", he will dominate March, and the months that follow it, with a wide array of titles for a broad audience."

JOHN LAYMAN, who calls WASHINGTON STATE his home, has already amassed quite a history in the comic book industry. He started work as an editor for WILDSTORM, a branch of DC COMICS, but in 2002 he began to write comics full time. Some of, but definitely not all, the comics he has written include such recent titles as "HOUSE of M: FANTASTIC FOUR", "GAMBIT" and "SENTINEL SQUAD O*N*E" for MARVEL COMICS; "PUFFED" for IMAGE COMICS; "ARMAGEDDON and SON" for ONI PRESS; and "RED SONJA", "CLAW" and "XENA" for DYNAMITE ENTERTAINMENT. John Layman has won the admiration of his peers*, and of comic book fans around the world, with his fantastic stories and his strong, humor-filled dialogue.

"This is John Layman's year," Munn continued, "Three titles out at the same time with three different styles of writing? I haven't seen anything like this since BRIAN MICHAEL BENDIS in 2004, ROBERT KIRKMAN in 2005 and ED BRUBAKER in 2006...and we've been lucky enough to have had them all at our shop! I am happy to say that the most wonderful part is that Mr. Layman is a comic book fan first**!! His love for the genre is contagious*** and I can't begin to explain how lucky we are to share an afternoon with him at a signing!****

now updated to include more hatred! On sale today! MARVEL ZOMBIES VS. ARMY OF DARKNESS #1

The Internets vs. John Layman, part one:

"Is this comic anything exotic? Groundbreaking? Even special? Naw, not really."-- Blake Petit, Comixtreme.com
Posted by "crusher" at 11:48 AM 2 comments: 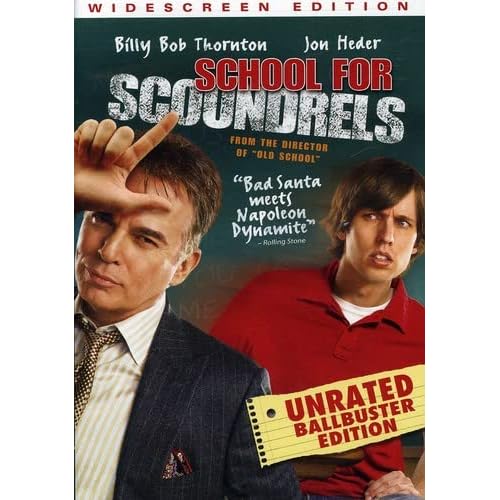 Okay, full disclosure: I'm watching this doped up on Dayquil and a fair amount of beer and Marker's Mark shots. I got a pretty nasty cold after being in New York, and this is my first night drinking after being miserably sick (and unproductive) for the past week. Tom Peyer and I are drinking and watching School For Scoundrels. And so, here goes my first attempt at lifeblogging.

9:52: I switched from beer to whiskey, in an attempt to make this fucking thing more tolerable.

9:53: Tom Peyer eases closer to me on the couch. He thinks I do not notice.

10:01: This movie is nearly intolerable, already.

10:02: I log onto Warcraft, so see how Ruggles is doing on his auctions. I have three Primals Mights on sales at the auction house, selling for about 100 gold pieces each. I'm trying to get 5000 gold pieces to buy my (super fast) epic flying mount. Here's a picture of Ruggles on his regular (non-epic) flying mount.

10:08: David Cross AND Sarah Silverman are in this movie. Shouldn't it be funnier? And Horatio Sanz.

10:09: I fly all the way back to Wildhammer Stronghold. Ruggles' auctions have not sold.

10:10: Rufus' food dish must be empty. She's hanging out in the kitchen, waiting to be fed.

10:20: Tom Peyer is on his 5th whiskey, and unsightly urine is soaking through his adult diaper. I avert my gaze. I don't think Tom has used a toilet once since he read the story about the diaper-wearing astronaut. I don't undersand why he just won't walk 12 feet to the rest room.

10:27: It's official. Tom loves this movie. He's sitting in his own filth, clapping like a baby seal, hooting with glee every time there is a somebody-gets-kicked-in-the-balls joke, which is about once every 30 seconds. Tom is beside himself with ecstasy. Also, I'm pretty sure he went Number Two in his adult diaper. He made a big farting noise and then proclaimed loudly, "To the moon, Layman! To the moon!"

10:39: Bored, I wonder around the internet. I log on to IM to see who on. Hmm. Only B Clay Moore. Time to get meta:
JL; hi clay
B Clay Moore: Hi, John.
JL; i'm liveblogging our IM conversation
JL; did you like wearing my scarf in NY?
B Clay Moore: In more ways than I'd care to admit.
JL; i caught a cold. too much fun in 20 degree weather, i guess
B Clay Moore: Dressed like a Siberian farmer's wife as you were, I'm surprised.
JL; have you seen "School for Scoundrels?"
B Clay Moore: I haven't.
JL; don't bother
JL; see you later, clay
B Clay Moore: Later, John! Good seeing you, as always.
JL: likewise

10:44: Rufus has come over. Meowing. She is full food begging mode now. SHE'S SO FREAKING CUTE!!!!! But she is kinda creepy when she stares at me. She's sitting beside me, staring, like the harder she stares, the faster I will feed her.

10:56: A phone interrupts the movie. We put it on pause. It's my personal assistant, reminding me to do early check-in on my flight to Phoenix tomorrow. Dammit, I'm in the B group. SHIT!!

11:08: I think Tom has figured out what's going on finally. He started sniffing in the air very intently, then slunk into the bathroom. He came back a moment later, walking bow-legged, wearing only a towel, quietly sobbing. He's drunk off his ass, doing Ed Brubaker-style karate moves into the empty air, and shouting at imaginary enemies. Are we even watching the movie anymore?


11:24: THIS MOVIE ROCKS!!! There is an uncredited cameo with Ben Stiller as a weird dude with a lot of cats whose been traumatized by Billy Bob Thorton--AND ONE OF HIS CATS LOOKS EXACTLY LIKE REGGIE!!!!! This movie was TOTALLY worth the hour and a half slog just to get to the 3 second of the Reggie lookalike.