More Layman for your bookshelf Coming in the next week or so, the it-says-so-on-the-back-cover-so-it-must-be-true "best selling" crossover between Dynamite's Red Sonja and DC's long dormant Claw. Barbarian fun at it's finest.


The crazy thing it, it's occurred to me I now have like 10 TPBs and/or books out. It's starting to add up on the ol' bookshelf. Not bad for not quite five years of freelancing, I suppose. Here's what's out there, in no particular order, available at Amazon, if you are too much of a lame-ass to know where your local comic book store is:

These are the rules of Layman: I just got an advance copy of Scarface #2!!

HOLY FRAK IT IS AWESOME.


Check out a couple pages from it: This movie was so bad that had I actually had to see it in real time and suffer through it in a theater, or had I even paid a dime of my own money, I would have gone on a rampage so murderous and furious it would have made Jeffrey Dahmer, Columbine, 9/11 and Abu Grabby look like afternoon tea with Angela Landsbury.

This movie sucked so much ass it that only my base laziness that is preventing me from declaring a Salman Rushdie-style fatwa on M. Night Shamalama. It was awful. It was even more criminally stupid than Signs. It was amazing to me that this pile of crap could even be made into a movie.

Let's backtrack. The Village was just boring and stupid, and M. Night's need for a "twist" stunk of pathetic desperation. Unbreakable was ponderous and dull. Signs was monumentally stupid. If outer space aliens were actually deathly allergic to water, the LAST place they would hide out would be in a cornfield, where there is condensation on the plants each and every morning.

But Lady in the Water takes the cake. It was so bad, it retroactively negates my previous enjoyment of The Sixth Sense, which was actually part of the Layman permanent collection, and will now be burned in rage-fueled effigy.

It's the first script that's ever been written entirely with Mad Libs, where idiotic N. Night Shamalama just made up a bunch of nonsense words, like "narf" and "snarf" and "kwjybo," and just inserted them randomly with two hours of boring-ass people, talking about boring-ass shit. It's supposed to be a bedtime story, and that's the only believable part of the movie, cause if I wasn't watching this crap at double, triple and quadruple speed, I probably would have lapsed into a narcoleptic coma.

This movie was garbage. M. Night Shamalama is M. Night Sham, a pretensious, self-important, ponderous ASS, who would not know a good movie if he found it floating dead in his swimming pool.

I did not like this movie one bit. M. Night will never see another penny of my money. Nor will ever get another nanosecond of my time.
Posted by "crusher" at 4:19 PM 3 comments:

Litany of Love: In which we page homage to the lifeless corpse of Eric DeSantis

As readers of this blog know, the friends of Eric DeSantis --and there are many of us--have been wracking our brains to try to come up with some way to adequately honor our cherished memory of him. We thought long and hard about it, and finally found a way to honor his memory, and do Eric proud. It's our small way of saying to Eric, "you may be dead and gone, and mouldering under six feet of dirt and being eaten by worms, but you are not forgotten!!"

Very few people know this, but Eric, before his untimely passing, kept a blog called Litanry of Schist. A savage parody site, you could always count on Eric's postings to bring a smile to your face, or a hearty guffaw, whether he was pretending he was a billard hustler, pretending he liked girls, or posting hysterical new comic day "reviews" of the worst comics imaginable--and then pretending he liked them!!!!

Anyway, it didn't take much hacking to come up with Eric password (hint: it rhymed with "Wayman"!) And now that we have access to Eric's blog, we are going to continu to post, as if he was not gone, writing in Eric voice, and focusing on subjects we believe may have been near and dear to Eric's heart.

So, please, if you have a heart, visit Eric's blog, and help us preserve the memory of the great young man, who was taken from us before his time.

Eric, you may be in a better place now, but you will never, never, leave the place you hold in my heart.

I just turned Marvel Zombies/Army of Darkness #5 script. Pretty weird, to done with two big projects back to back. Marvel Zombies/AOD may arguably be my biggest selling, most commercial project yet. It's got a lot of people excited, and I'm confident when the book comes out fanboys are gonna gobble it up. But now, it's time to move to the next project, whatever that is...

And a profile by the Seattle Times on Scarface and yours truly: here
Posted by "crusher" at 3:05 PM No comments:

We're just about a week away from the expansion set of Warcraft, where Ruggles will get even MORE bad-ass than he already is. 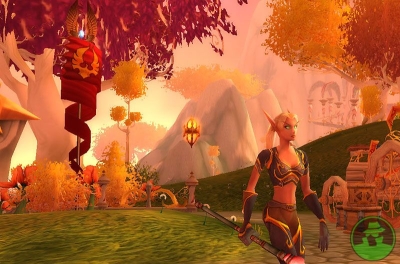 Eric DeSantis would have wanted it this way.
Posted by "crusher" at 2:29 PM No comments: What an emotionally draining day. I just got back from the funeral for my deceased ex-bestest pal, Eric DeSantis. Not too bad, as funerals go. Some of Eric's best friends were there, to honor their fallen friend. And Eric's former mentor, Cagney, read a touching eulogy that touched on Eric's many, many fine points. I don't think there was a dry eye in the house.

Anyway, you'll forgive me if I seem a little down. For it's just so hard to let go of somebody as wonderful as Eric. It's hard to believe he is gone. Probably no blogging for a while, as I try to come up with some way to appropriately honor his memory.
Posted by "crusher" at 2:08 PM 2 comments:

Probably no blogging for a while

I've agreed to travel to the late Eric DeSantis' ancestral homeland to serve as a pallbearer at his funeral.


In the meantime, here is a picture of one of Eric's very favorites, Reggie-- the Robert Oppenheimer of Cats!!!!! I can't believe how good this book looks. I got an advance copy last week and my jaw has been on the floor ever since. This is without a doubt the best looking book I've ever done, made even better not just by Dave Crosland's insane art and Len O'Grady's memorizing and note-perfect 80s-Miami color scheme, but production values that are simply beyond amazing.

Usually I just tell you what is out, and leave it up to you to decide to buy it (or, more likely, NOT buy, ya cheap fuckers.) But this book you really need to go out and buy. It's freaking gorgeous, and except for one dumb typo that slipped through, as close to the perfect comic I've done.

I LOVE THIS BOOK. Also: I hereby dedicate this book to the memory of my dear departed friend Eric DeSantis. I wish he would have lived long enough to see this book. He would have loved it!

R.I.P. ERIC DESANTIS: Too Soon He Soars with the Angels!!

What a sad way to start the new year. It pains me greatly to report the untimely passing of my former editorial co-worker at Wildstorm, and my dear friend Eric DeSantis, who was taken from us too soon and now rests in the hands of the sweet baby Jesus. Eric was a man of few words, a tender soul, a warm and generous spirit, quick to smile, with a memorable, high-pitched laugh. He loved comics, good food and drink, and was a tireless champion of migrant farmworker rights. Eric died the way he lived, probably the way he would want to have gone.

His blog, Litany of Schizzed, will remain online in the weeks and months to come, and I urge you to post messages of condolences to be read by Eric's immediate family and friends. Also, Eric's longtime companion has urged that in lieu of flowers, donations be sent to his beloved UFW.

Godspeed to heaven, friend DeSantis. Truly, you will be missed.
Posted by "crusher" at 2:09 PM 1 comment: